On 1 March 1951, following a show trial at Mokotów prison in Warsaw, seven members of the WiN independence movement (IV Zarządu Głównego Zrzeszenia – Wolność i Niezawisłość) were shot. The anniversary of this crime has been commemorated since 2011 as the National Memorial Day of the Cursed Soldiers. Tomasz Wiścicki interviews Dr. Tomasz Łabuszewski,… 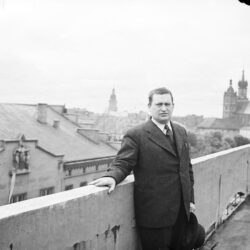 We talk to Professor Rafał Habielski about the recently published correspondence of Stanisław Cat-Mackiewicz, the difficulties and challenges he encountered as a journalist and what makes his letters unprecedented in the history of Polish literature.   “Cat’s Versions” are a record of the obstacles Cat-Mackiewicz encountered in his private life as well as his reflections… 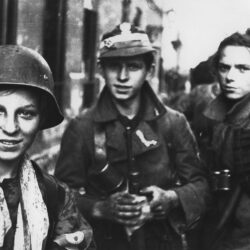 The uniqueness of the Home Army is something much discussed. What was it all about? What can be considered the organisation’s greatest success? What place does it occupy in the Poles’ collective consciousness? Reflection on the subject is taken up by Dr Tomasz Łabuszewski, Head of the Branch Historical Research Office of the Institute of… 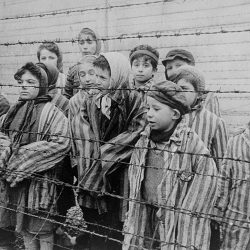 “I believe this 75th anniversary is particularly important. We do not know whether in five years, on the 80th anniversary, we will still be able to invite such a large group of survivors. The second issue that characterizes this anniversary is the condition of our society”, states Piotr Cywiński, Director of the Auschwitz-Birkenau State Museum…. 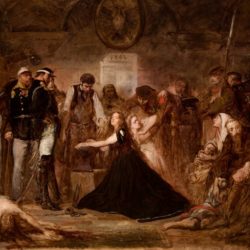 “Poland’s struggle to regain its independence seemed part of a wider European struggle between the liberation movement and the Holy Covenant. The Poles hoped for support from France, and the centre of Polish political emigration was in Paris”, states professor Piotr Szlanta from the Warsaw University. polishhistory: As a result of the three partitions perpetrated… 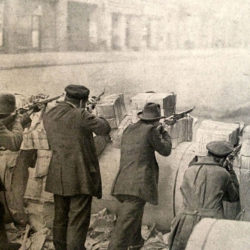 People wrongly believe that as of 11 am on 11 November 1918 the ceasefire was called and peace restored. This was not the case in Central and Eastern Europe where one must instead speak of ongoing hostilities and violence, says Bartosz Dziewanowski-Stefańczyk from the European Network Remembrance and Solidarity. Why the years 1918-1923 were times…

the beginnings of the democratic opposition in Poland

Poland never agreed to form an alliance against the Soviets

an interview with Dr. Krzysztof Rak

The Workers’ Defence Committee as a phenomenon of the Polish opposition

an anniversary of the creation of the Workers’ Defence Committee