On the National Independence Day and the American Veterans Day, the New England Air Museum in Windsor Locks opened a permanent exhibition that commemorates the Kościuszko Squadron 303.

The new exhibit features an interactive kiosk detailing the Squadron’s extraordinary bravery and flying skills, highlights of their sorties, the aircraft they flew, and personal histories. The exhibit tells the story of how these airmen devised strategies for air combat never seen prior, enabling the outnumbered squadron to beat the odds. 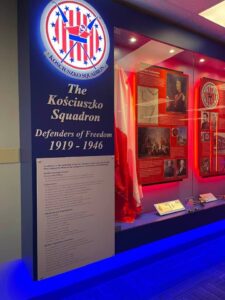 Who were the men of the Kosciuszko Squadron?

In 1919, Poland was locked in a struggle with Communist Russia, and the Kosciuszko Squadron, named in honor of the great Polish military strategist Tadeusz Kosciuszko who helped the American colonies during the Revolutionary War, was formed with the help of American volunteers.

A generation later, the world was at war again, and the stakes were high. Poland had already succumbed to German and Soviet aggression, and the Kosciuszko Squadron, now all Polish, was sidelined.

Eager to help the Allies gain an aerial advantage, the group agreed to fly and fight under British command. They valiantly defended Great Britain against German aerial assault in the decisive 1940 Battle of Britain, with feats that were truly the stuff of legend. Winston Churchill called it “one of the decisive battles of the war,” and according to many historians, the Battle of Britain would have been lost if not for the Polish airmen. 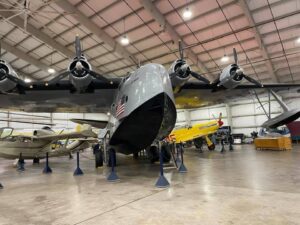 Stanisław August Poniatowski, the King Who Wanted to Repair the Commonwealth

The November Uprising: More Than a Romantic Rebellion

The outbreak of the November Uprising