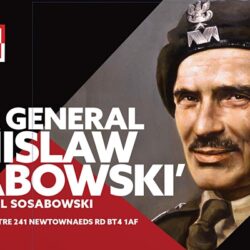 Major General Stanisław Sosabowski became one of the most senior Polish commanders during the Second World War. By September 1939 he was commanding 21st Infantry Regiment in the Battle of Warsaw against overwhelming German forces. In 1941 he formed the First Polish Independent Parachute Brigade which he trained and commanded for the next three years….

The Union of Lublin - the copy and the original

film by the Museum of Polish History

The Long Road to Lublin

Interview with professor Robert I. Frost

Poznań 1956: a revolt that shook the system

65th anniversary of Poznań protests of 1956

On Wings of War: My Life as a Pilot Adventurer