In the first half of the 13th century, the Mongol tribes, united by Genghis Khan, created the largest land empire in history, stretching from Vietnam to Rus’. The Asian warriors were feared and seen as horsemen of the Apocalypse. Poland’s geographical location made it a gateway through which the invaders tried to penetrate deep into Europe. […] Nobody knew how to fight the Tatars. The heavy-armed knights proved helpless against a mobile, fast-moving enemy, who had mastered the art of reconnaissance and diversion, dividing and combining forces before the decisive clash.

Wrocław, the largest gord in Silesia, rivalling Krakow in terms of importance and wealth, was burning. The fire was no accident. It was started by the crew of the ducal castle, fearing that the abandoned houses would be used by the approaching Mongols. The hostile army was preceded by a rumour of its ferocity and cruelty.

Few Wrocław residents took refuge behind the castle walls, most of them deserted. Duke Henry II the Pious withdrew to the west – to Legnica, which was famous as an impregnable fortress. He waited for the relief promised by his Czech and German neighbours. He prudently sent his mother, wife and children back to the border town of Krosno Odrzańskie. As the head of the family and a claimant to power over all of Poland, he could not and did not want to flee himself. He drew reinforcements from wherever he could, even miners from the Sudeten gold mines were mobilised.

A modest representation of knightly orders came to the call. For the Knights of St John, the Teutonic Knights and the Knights Templar, shedding blood in defence of Christianity was a duty. The knights from Lesser Poland had already experienced the power of the Asiatic nomads firsthand, with only a handful of survivors reaching Silesia. Henry was also joined by a relative, Duke of Opole Mieszko II the Fat. He was the only one who could boast of success: his men crushed a Tartar detachment trying to cross the Oder.

The invasion fell on Poland at a fatal moment. Practised for a century, the custom of assigning a duchy to every male member of the Piast family led to political fragmentation. Blood ties did not induce the dynasts to cooperate; on the contrary, plots, assassinations and kidnappings were the order of the day. Paradoxically, the more violently they fought for power, the more it slipped out of their hands. The winners were the Church, magnates and municipal authorities to whom the Piasts generously paid for their loyalty and support with privileges.

In 1241, Henry, controlling Silesia and the major part of Lesser Poland and Greater Poland for six years actually and for three years de jure, was undoubtedly the most powerful Polish ruler. He intended to crown himself king, and there were many indications that he would soon achieve that goal. Now, however, he faced a challenge beyond his capabilities. Given the speed of the enemy’s action, it was too late for any effective diplomatic action. Europe had already forgotten about the Huns and Avars, the nomads of the Asian steppes who were instrumental in the downfall of the Roman Empire. Emperor Frederick II’s conflict with Pope Gregory IX was reaching its zenith, effectively distracting attention from the drama unfolding in the east of the continent.

In the first half of the 13th century, the Mongol tribes, united by Genghis Khan, created the largest land empire in history, stretching from Vietnam to Rus’. The Asian warriors were feared and seen as horsemen of the Apocalypse. Poland’s geographical location made it a gateway through which the invaders tried to penetrate deep into Europe.

Nobody knew how to fight the Tatars. The heavy-armed knights proved helpless against a mobile, fast-moving enemy, who had mastered the art of reconnaissance and diversion, dividing and combining forces before the decisive clash. The Mongols cut those who tried to resist to the ground, keen to use tricks, their favourite being the fake escape.

Run for your life

Genghis Khan’s grandson Batu Khan was aware of the close ties between the local rulers when planning his invasion of Central Europe. Therefore, although he chose the kingdom of Hungary as the main target of his attack, he did not intend to spare Bohemia and Poland. The first reconnaissance took place immediately after the capture of Kyiv, in December 1240. The Tatar conquerors reached Zawichost on the Vistula and Drohiczyn in Podlasie as well as approached Racibórz, which meant that the route to Moravia had already been recognised. It was a complete surprise, because winter was not a time of war in Poland. Even in such a moment the Piasts were unable to act united. The 15-year-old Duke of Sandomierz Bolesław V the Chaste and his mother, who ruled on his behalf, fled to Hungary, leaving the local capital and subjects to their own devices. At the battle of Wielki Tursk, the invaders were confronted by knights from Lesser Poland. However, the latter were fooled by a fake escape, broke the formation and were ambushed.

In March 1241, the army of Baidar crossed the Vistula heading for Krakow. Voivode Włodzimierz and Castellan Klemens, who tried to stop it, were killed in the lost battle of Chmielnik. The victorious Mongols let Krakow go up in smoke, having first plundered it to the ground. They did not try to seize Wawel Castle and they had a similar policy as regards other strongly fortified gords: probably Batu Khan forbade them to waste time on sieges. They achieved their goal of terrorising the country. One unit, prowling in the areas of Łęczyca and Kuyavia, was enough to deprive the Mazovian Piasts of the will to fight.

Henry of Silesia was also reluctant to go into the field. He counted on the help of his brother-in-law, the King of Bohemia. Although Wenceslas I crossed the border with his knights, he ordered a stop at Świny, one day’s journey from Legnica, and waited for events to develop. The prince was left to his own devices. As he was leaving Legnica, a stone fell from the top of the tower of the church of the Virgin Mary, where a mass for a victory had been celebrated earlier, and almost hit him on the head. It was considered a bad omen.

Six fingers of a dead man

The decisive clash took place on 9 April 1241 on the plain southeast of the city. Henry divided his small army into four troops, which, according to the custom of the time, joined the battle one by one.

The Tatars were several times more numerous, probably led by Baidar and Orda, Batu Khan’s brother. The archers wreaked havoc on the Christian ranks, but the outcome of the battle was again decided by a trick. There was in their (Mongol) army among other banners one of enormous size. (… ) at the top of its spar, there was a figure of a very ugly and monstrous head with a beard, so when the Tartars moved back two miles or so and started to flee, the ensign carrying the banner started to wave the head with all his might, and immediately some thick vapour burst out of it, smoke and a wind so stinky that when this deadly smell spread among the troops, the Poles, fainting and barely alive, stopped fighting and became unable to fight. This is an excerpt from Jan Długosz’s account, whose chronicle is the major source of information we have about the battle of Legnica.

The Opole squad of Mieszko II the Fat was the first to panic. Seeing his 21-year-old cousin fleeing, Henryk said: ‘A great misfortune has come upon us’ and he moved on the enemy with his troop. Those were his last words. The assistant knights did not manage to carry the wounded leader out of the battlefield. Apparently, he was still alive when the enemy fighters pulled him aside and cut off his head (according to another version, the prince was executed only after the battle). The Mongols showed Henry’s head on a spear to the defenders of Legnica, trying to make them surrender – unsuccessfully. The gruesome trophy was then sent to Batu Khan’s camp. Henry’s wife, Anna, recognised the body, stripped of armour and clothing and found on the battlefield by a distinctive mark: the duke had six toes on his left foot.

As planned, the Tartars ravaged Moravia in addition to Silesia, even venturing into Lusatia. Two days after the battle of Legnica, their main army crushed the Hungarians. By the end of the year, the Asians were attacking Croatia and Bulgaria. Western Europe was saved by the fact that Batu Khan, on hearing of the death of his uncle and superior Ogodei, hastened back to Asia to claim his share of the inheritance. However, the threat was not over. Two further invasions in 1259/1260 and 1287/1288 again ravaged southern Poland. The Piasts managed to avoid the fate of the rulers of Rus’, who became vassals of the Mongols, paid them regular tribute and had to take part in plundering expeditions of the khans.

The Tatars are going home

The chance to unite the state under the Silesian Piasts was lost at Legnica. Before his death, Henry managed to produce sons whose political talents did not match his. The duchy, torn apart by disputes between heirs, was subject to further divisions and Germanisation. The history of Krakow and Wrocław began to diverge. Silesia was absorbed by Bohemia and later by Prussia. It returned to Poland only in 1945, as a result of the Second World War unleashed by the Germans. Duke Henry’s headless body was buried in the church of St Francis in Wrocław, which he founded. A Benedictine monastery was built at the place of his death near Legnica. Efforts for the beatification of the duke are ongoing.

The empire created by Genghis Khan disintegrated as quickly as it had been created. However, the Tatars, who had converted to Islam and settled in the Crimea, remained the bane of their neighbours. At the behest of the Turkish sultan, and often on their own initiative, they invaded the south-eastern territories of the Polish-Lithuanian Commonwealth. The Poles, however, learned to cope with the steppe robbers. Instead of plentiful loot and captives, later sold at slave markets, the Tatars more and more often returned home injured and empty-handed (or did not return at all). The 1698 invasion, which ended with the battle of Pidhaitsi, proved to be the last. Poland and Europe emerged relatively unscathed from their confrontation with that aggressive vanguard of the Asian-Muslim civilisation. 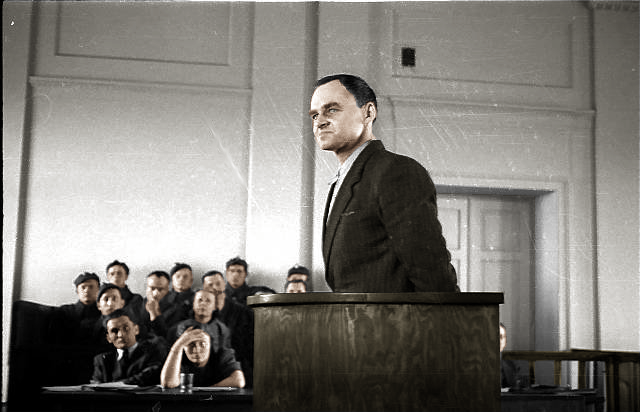 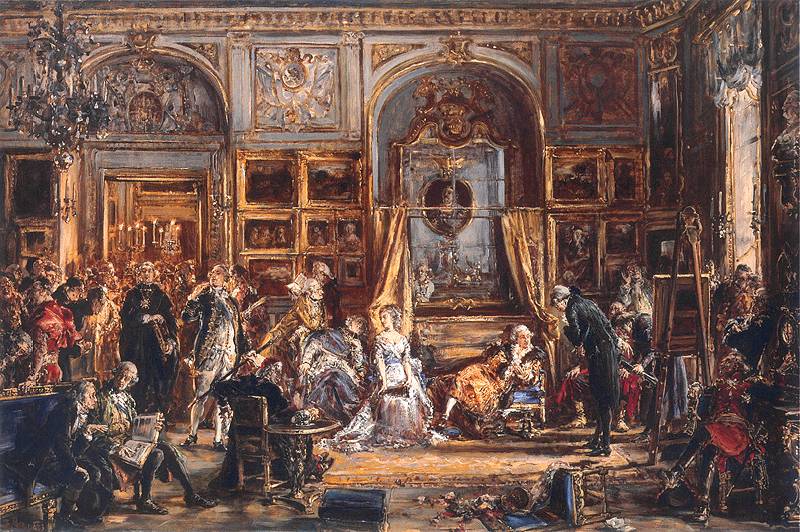