Just after 11 p.m. on 8 May 1945, the act of unconditional capitulation of the Third Reich was signed in the Berlin quarter of Karlshorst by representatives of the Allies, with the Soviet Marshal Zhukov in attendance, and those of the German command. That put an end, at least formally, to wartime operations in Europe. For a vast part of the continent, however, that did not mean a return to the old normality interrupted by the wartime conflagration. The six-year conflict brought yet unprecedented changes. The war shook up societies, destroyed the pre-war political order and unsettled the foundations of European culture. The old world was not to return. Arguably, that was not more clearly visible anywhere else than in Poland.

In order to realise the scale of the transformation it sufficed to look at the map: Poland was moved several hundred kilometres westwards. Within its borders now were territories whose historical links with the Polish state had been severed several hundred years ago. On the other hand, pushed outside the state borders were now cities whose standing in the Polish symbolic universum was extraordinarily high like Vilnius and Lwów pre-war academic centres and one of the capitals of Polish culture. Nostalgia for the lost and increasingly idealised ‘Borderlands’ is still palpable today in society at large and is clearly expressed both in public debates or artistic creation.

The post-war border movements were accompanied by population migration, sometimes voluntary yet usually enforced, and on a scale previously unknown in this part of Europe. The mosaic of cultures and nationalities, increasingly engaged in mutual conflicts when the nationalist wave began to surge in the first decades of the 20th century, was replaced by a society virtually uniform in ethnic and religious terms. The notion of ‘being a Pole means being a Catholic’, a propaganda tool of the National Democracy in the inter-war period, was well suited to characterise the society of post-war Poland better than ever before. The wartime and just-after-the-war resettlements atomised local communities and contributed to a major weakening of regional identities, so distinct and strong already in the late 1930s, on the eve of the war. Without the war shake-up, the process of cultural unification and blurring regional differences, expressed not just in customs, language or culinary styles but also political views, would have taken its course much more slowly and would have most probably taken a different trajectory.

In case of Poland, the Second World War and the over-five-year-long German occupation triggered the process of social revolution, a multi-faceted tempestuous change and highly specific one as taking place in extreme circumstances, under the brutal coercion of the occupational authorities. Obviously, the traditional prestige hierarchies were questioned already before the war. Their stability was threatened, on the one hand, by the modernisation processes, democratisation of social relations and culture massification taking place – at a varied pace – throughout the twenty years of the life of the Second Polish Republic. On the other hand, they were questioned by powerful political movements oriented toward the acceleration of social transformation like the Socialists or the People’s Party. Yet what could have taken decades happened rapidly within several years during the war. Many of the old social status symbols nearly completely lost their value. The hierarchy of meaning in the occupation reality was radically flattened and previous ownership relations, due to the expropriation operation carried out by the occupying forces – the USRR and the Third Reich – were largely obliterated. The symbolic and economic framework on which the pre-war society was based was destroyed beyond repair and the social tissue profoundly changed as a result of the extermination-driven policy of the occupying forces. As the American historian Timothy Snyder has noticed, Poland found itself at the very centre of ‘bloodlands’, squeezed between two aggressive totalitarianisms that were the arena of the largest-scale genocide in human history. No return to the old world was possible, also due to the fact that several million people who lived in it lost their lives.

Although we tend to forget it, the Second World War was not a purely military confrontation of powers and their multi-million-soldier armies but also a war of political ideas. Incidentally, that was what General Władysław Sikorski predicted in the mid-1930s in his much-discussed book on possible scenarios of a future conflict: ‘Unlike in 1914, new factors finally came in, which could mean that the scope of a new war will be greater. They are Bolshevism and its antithesis, Fascism. As their consequence, the bases of a future clash of nations could spread rapidly and take the form of a war on both political and social grounds.’ The barbarity and ferocity of unprecedented scale that accompanied fights during the Second World War thrived also – or, as some others would put it, mainly – on soil fertilised by acute political conflicts of the late 1930s, full of extreme emotions and combat rhetoric, shaking up entire Europe.

In many cases, the war did not put an end to that political radicalisation. This is also true for Poland. The multitude of clandestine groups, divisions and guerrilla warfare within them: the political landscape of the wartime years was characterised by chaos and rivalry, which we often forget. Such competition could manifest itself in a high number of programme enunciations and manifestoes. What most of them had in common was just radicalism and the conviction that new Poland reborn after the war would be entirely different from that before 1939. Yet most of the authors did not get a chance to implement their agendas written during the occupation period. The war did away with the known geopolitical order and as a consequence of agreements struck between the leaders of the Big Three at Yalta and Potsdam Poland ended up in the sphere of the Soviet Union’s influence, which meant – after several years of the apparent pluralism of the ‘mild revolution’ – the liquidation of the free market of political ideas. The continuity of Polish political traditions, represented by ideological currents with origins going back to the last decades of the 19th century, was broken and not reborn after 1989, despite being upheld by émigré circles in ‘Polish London’.

The war left a massive imprint on Polish history and it would not be an exaggeration to say that its consequences accompany us still now, although the geopolitical order that appeared once it was over disintegrated thirty years ago after the fall of the ‘Iron Curtain’. No wonder than that the experience of that war occupies a uniquely special place in Polish memory. Wartime events justify most of the key, and very emotional, contemporary collective commemorative practices (suffice it to recall the yearly observance of the anniversary of the outbreak of the Warsaw Rising). The war and the related guilt-and-merit balance are referred to on various occasions by public debate participants, even when the subject at hand is, seemingly, absolutely current and unrelated to the past. Episodes from the war and occupation also prove a useful fuel for pop culture. Each year brings new films and feature series, songs or video clips… More and more gadgets are also produced – T-shirts, mugs, posters and bags, which symbolically refer to the events of the Second World War.

The history of the Second World War is a powerful resource of commonly recognised narratives and symbols rooted in our collective memory and soaked in meanings. Some draw on it in order to create an abstract eye-catching product arousing emotions of a client or recipient while some others use historical symbols to multiply their political or cultural capital. Both phenomena are not new and are probably inevitable in modern society.

Dr Kamil Piskała – a historian and editor, Chair of Latest Polish History at the University of Łódź 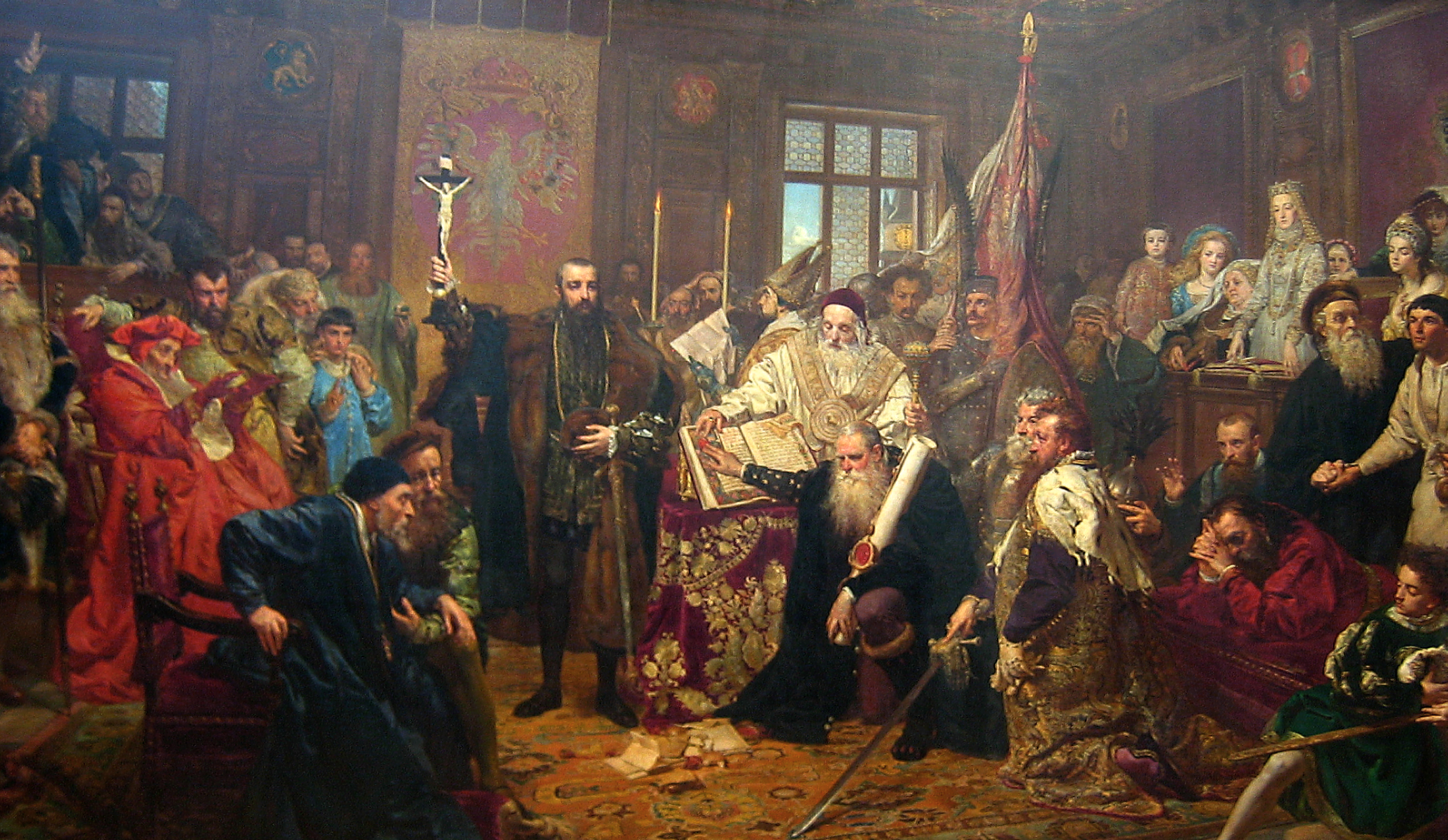 The Union of Lublin

The foundation of the Polish-Lithuanian Commonwealth

the 64th anniversary of the workers’ protests broke out in Poznań 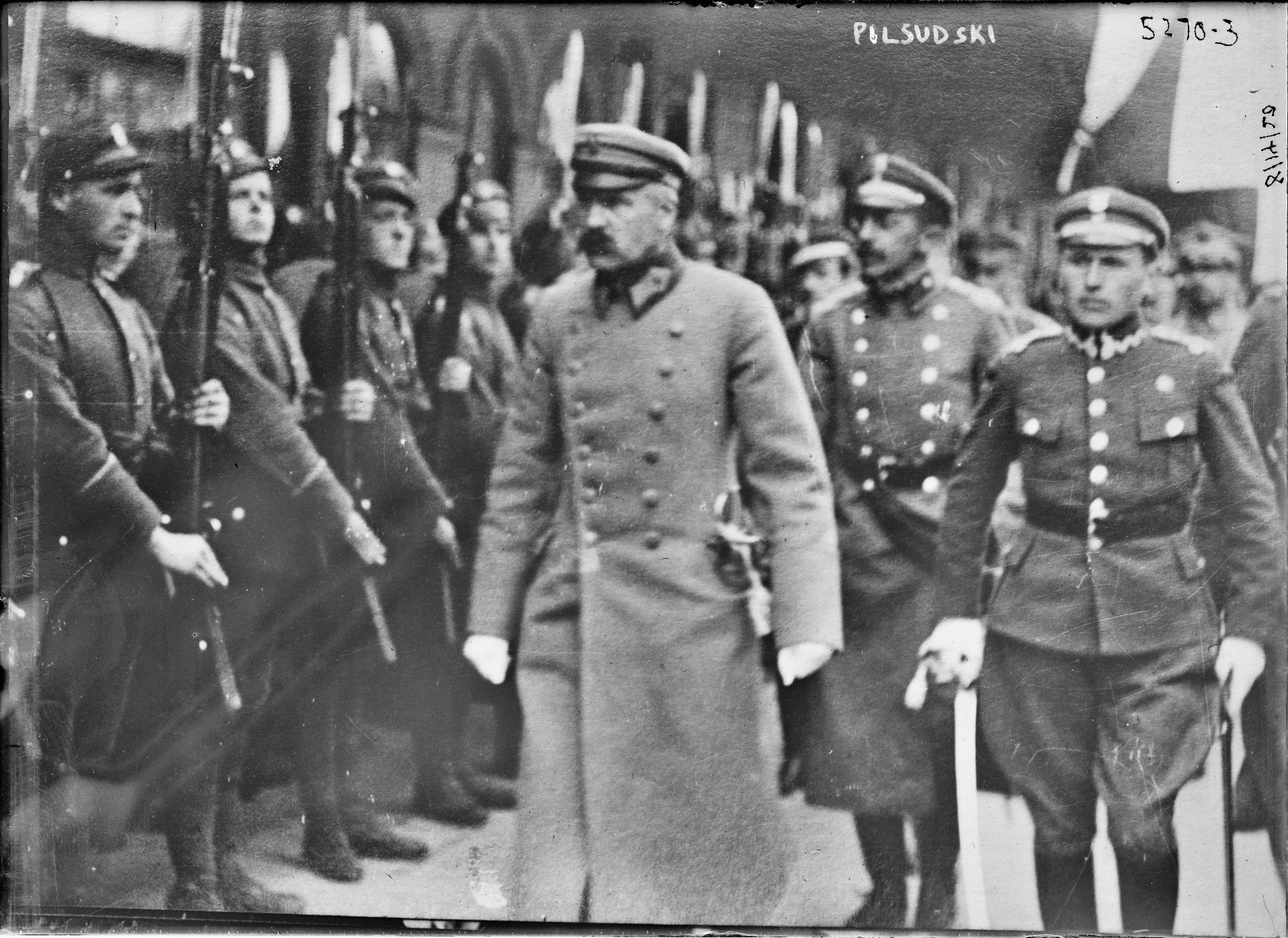