The double attack on Poland by Nazi Germany and the USSR in September 1939 led to the effective dissolution of the Polish state. Although Poland lost its sovereignty, its legal authorities continued to function, organising the Polish armed forces in France and later in Great Britain.

Under these circumstances, the primary aim of the Polish government-in-exile was to restore Poland as a sovereign state. They rebuilt the army, trained soldiers, and obtained equipment. At the same time, underground civilian and military structures were organised in Poland. This was far from easy – the German and Soviet-occupied Polish territories were practically cut off from the free world, while those caught in any illegal activity under German occupation faced the death penalty or deportation to concentration camps like Auschwitz or Mauthausen-Gusen.

German policy toward the people of conquered Poland was particularly brutal and ruthless. From the very beginning of the occupation, the Germans set out to destroy the Polish intelligentsia. University lecturers, teachers, pre-war officials and political leaders were murdered or sent to concentration camps. The Soviets pursued a similar policy.

The Germans destined the Polish Jews for an even more terrible fate. They began to concentrate Jews in designated residential districts which they gradually surrounded with walls and barbed wire to create ghettos. Jews were stripped of property and their food rations were gradually reduced; many died of starvation and disease. German policy became even more brutal after the outbreak of the German-Soviet conflict in June 1941. German units murdered Jews en masse as they pushed east, occupying successive territories.

At the same time the Germans also began to make preparations for the mass extermination of the Jews of Europe. Towards the end of December 1941, the Kulmhof extermination camp began operating at Chełmno nad Nerem. In January 1942, the leaders of the Reich decided on the ‘final solution of the Jewish question’. This meant that all Jews would be murdered. In July 1942, mass deportations from the Warsaw ghetto to the death camp at Treblinka started. Successive extermination camps began operating, including Auschwitz II (Birkenau) and Sobibór. The Jews became even more isolated when the death penalty was introduced for providing shelter or any assistance to them.

A network of secret emissaries ensured communications between the Polish Underground State and the Polish government-in-exile. The emissaries carried documents and transmitted information and oral instructions from political and military leaders.

One such secret emissary was Jan Kozielewski, alias Jan Karski. Karski went on three dangerous missions to and from occupied Poland. His final mission, starting in the autumn of 1942, proved crucial. Before leaving Warsaw, Karski met with the leaders of Polish political parties and with Jewish leaders. At the request of the latter, he twice entered the Warsaw ghetto and travelled to the transit camp in Izbica, ascertaining the unimaginable suffering of the Jews with his own eyes.

Reports from the Polish Underground State, including Karski’s testimony, were the basis of a note which the Polish minister of foreign affairs, Edward Raczyński, addressed to the signatory states of the Declaration by the United Nations on 10 December 1942. The note is probably the first international document describing the Holocaust and calling upon members of the anti-German coalition to take joint action and bring the perpetrators of the crime to justice. Raczyński’s note was published in the form of a brochure entitled ‘The Mass Extermination of Jews in German Occupied Poland’ which was disseminated by Polish diplomatic missions.

See full English text of the note of Edward Raczyński 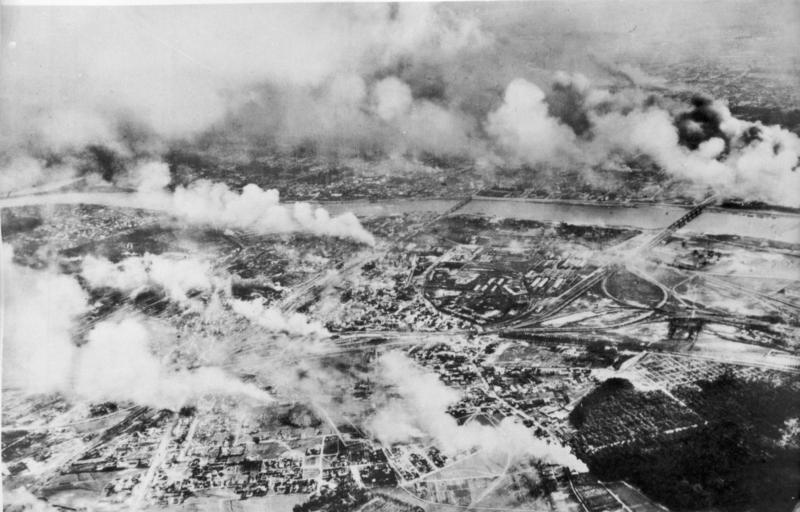 82nd anniversary of the outbreak of the World War II