It was not until late July 1944 that the decision had been taken to fight an uprising against the German occupation forces in Warsaw. Prior to that, commanders of the Home Army had no intention of taking military action in Warsaw, wishing to avoid war damage and the suffering of civilians.

As part of the Operation Burza [Tempest], Polish units were to be concentrated outside the capital and enter it following the retreat of the Germans, or mount an offensive alongside the Red Army.

This had been the course of action during the liberations of Vilnius and Lviv. As these two actions had shown, Home Army troops were incapable of seizing major cities on their own; however, co-operation with the Red Army was adequate, and joining forces had led to winning back those two major centers of the eastern borderlands. The tragic part of the story began after military action had concluded, when Home Army officers were being arrested by the Soviet NKVD, and troops disarmed and incorporated into General Berling’s army, formed by Polish communists in the Soviet Union.

Even as late as July, Home Army headquarters had continued sending transports of weapons to eastern Poland, diminishing Warsaw’s available arms and munitions. On 14 July, the Home Army’s commander-in-chief, Gen. Bór-Komorowski, wrote: “[G]iven the present state of German forces in Poland, and their precautions against an uprising, which consist in expanding every building seized by troops – even public administration offices – into defensive fortresses featuring bunkers and barbed wire, an uprising has very little chance of success.”

A week later, however, Bór-Komorowski changed his mind: on 22 July, he communicated to his staff the decision to engage in battle with the Germans in Warsaw. Yet it was Gen. Leopold Okulicki [“Niedźwiadek”, or Little Bear] who was the principal originator of the uprising. He argued that fighting outside Warsaw was barely feasible: taking numerous armed Home Army troops out of the capital in secret would be too time-consuming in light of fast-changing events at the front. In addition, Okulicki was very keen that the Home Army seize Warsaw before the Soviets appeared in the city. Okulicki was later alleged (by Bór-Komorowski) to have said: “taking Warsaw before the Soviets took it would mean that the Soviets would have to make an out and out decision: either recognize us, or break us as the world looked on.” In other words, he wished to achieve what had not been achieved by previous Operation Burza efforts: to make the Soviet Union take the Home Army and the Polish government in London seriously.

Home Army commanders considered themselves capable of defeating the German garrison in Warsaw on their own, and subsequent events only seemed to give more substance to this view. On 20 July, an attempt was made to assassinate Adolf Hitler (in East Prussia), inviting speculation that Third Reich authorities were losing grasp of their domestic situation. The front was advancing swiftly across Polish territory and after 20 July Warsaw was filled with crowds of demoralized German soldiers fleeing the Red Army. This encouraged hopes that Germans would not put up a robust defense of Warsaw: perhaps their morale would break down completely, as it had in 1918.

Contrary to their earlier plans, the Home Army barely conferred with either the government in London or its commander-in-chief, Gen. Kazimierz Sosnkowski, about this decision to take up arms in Warsaw. This proved to be a mistake, as Poles residing in London had a better idea of the current balance of power and of the superpowers’ attitudes to the Polish question. London was only notified of the plans for an uprising on 25 July, which left the Polish government-in-exile very little time for response. In addition, the commander-in-chief was in Italy from 11 July, to review the Polish Second Corps, and left decisions regarding military action in Poland to the authorities at home. Prime Minister Stanisław Mikołajczyk took a similar line.

What’s more, the Home Army headquarters in Warsaw had contact with neither Soviet troops nor knowledge of their detailed plans. The uprising was meant to take the Soviets by surprise and was, in fact, aimed against them; thus headquarters did not think it appropriate to inform Stalin of their intention of starting an uprising. Almost the entire Home Army staff was convinced that the Red Army was about to seize Warsaw.

Once the decision to start the uprising in Warsaw had been taken, all that needed to be decided was when fighting would break out. The civil authorities – the Council for National Unity [Rada Jedności Narodowej] – asked Bór-Komorowski for 12 hours to organize national-government bodies in liberated Warsaw, and he granted their request granted.

In the final days of July, the atmosphere at the Home Army headquarters was tense. The German Ninth Army was concentrated in and around Warsaw. Low morale and chaos in the streets had been replaced with tanks and even formations of soldiers. The logbook of the Ninth Army includes the following entry: “The Polish nationalist underground movement has called on its troops to be on standby: therefore, an intensified sabotage action and other forms of hostile unrest must be taken into account. Therefore orders were given for supervision of all posts to be tightened. The German army moving in from the East has alarmed the population. In order to persuade the people that Germany was determined to retain control of the city, the commander-in-chief of the Ninth Army gave an order for all the new troops coming in from the west and offloaded in Warsaw to march through the city in impeccable order.” This caused Bór-Komorowski to postpone the outbreak of the insurrection until the Soviets began their advance on Warsaw – despite the fact that some of his subordinates put pressure on him to act more vigorously.

The Second Armored Division of the Soviet Army had indeed already launched an attack on Warsaw along the Lublin-Warsaw road. On 30 July, the Soviets captured Radzymin, Wołomin and Stara Miłosna (in the vicinity of Warsaw). However, a German counterattack was launched on the following day: as a result, the Soviet Third Armored Corps had been nearly cut off in positions it had won in Radzymin and Wołomin. On 1 August, at 4:10 am, the commander of the Soviet army gave an order for his troops to regroup for defense.

During a meeting of Bór-Komorowski’s staff at 10 am on 31 July, opinion among Polish officers was divided. Three top officers, led by General Okulicki, voted in favor of taking up arms as soon as possible in order to allow civilian authorities 12 hours to get organized before the Soviets moved in. Four others including the immediate commander of Home Army forces in Warsaw, Gen. Antoni “Monter” Chruściel, were against the insurrection: Chruściel reminded his colleagues that the weaponry of Home Army soldiers had been severely depleted; he argued, moreover, that launching an attack on the Germans before they had fallen into disarray could hardly end in success. In light of these developments, the start of the battle was postponed yet again, with another meeting scheduled for 6 pm.

As the day progressed, word began to spread of a German garrison, in Legionowo northeast of Warsaw, fleeing its barracks in panic. A German announcement brought news of the Soviets launching their attack on Warsaw. Finally, a message arrived from London, informing the public of Prime Minister Mikołajczyk’s departure for talks with Stalin. At 5 pm, General Chruściel appeared at the staff meeting, announcing that Soviet armored troops had stormed into an area of Praga [across the Vistula River from the city center] immediately across the main bridges, throwing German defenses into disarray. Chruściel argued that fighting should begin immediately, before it was too late.

Following consultations with his chief of staff, General Pełczyński, operational commander, General Okulicki, the district commander-in-chief General Chruściel and a government delegate for Poland, Jan Jankowski, Bór-Komorowski made the decision to start the insurrection in Warsaw at 5 pm on the following day, 1 August 1944.

As this overview demonstrates, the command of the Home Army was grievously wrong in their assessment of the military situation in the vicinity of Warsaw, and the mistake they made had disastrous consequences. All had agreed that the breakdown of German forces and the Red Army’s prompt entrance into the city were prerequisite for the insurrection’s success. Bór-Komorowski courageously resisted pressure to instigate military intervention – a course of action being demanded both by his subordinates and by communist propaganda. Bór-Komorowski was clear-eyed in his estimations of the Home Army’s chances of success in directly engaging the Wehrmacht: Polish troops suffered an acute dearth of weapons (out of 20,000 soldiers, only 15 to 25 percent had usable weapons at hand). The staff estimated that the Home Army would be capable of retaining control of the city for several days, a week at most.

Yet the uprising was begun at this extremely inopportune moment. Across the Vistula, the Soviets were not at all keen to help the insurgents. The Germans could not simply leave Warsaw, if only for strategic reasons, with the front positioned to the southeast of the Praga district. The Home Army stood no chance in open combat – a fact which became evident as early as the first week of fighting. They succeeded in taking control of significant areas of the city, but the bulk of vital objectives (barracks, bridges, rail lines, the government district, the Aleje Jerozolimskie axis along one of Warsaw’s main streets) remained under German control. Notwithstanding the exceptional heroism of Polish troops (comprising mostly young people not yet in their 20s), political goals set for the uprising were not achieved. 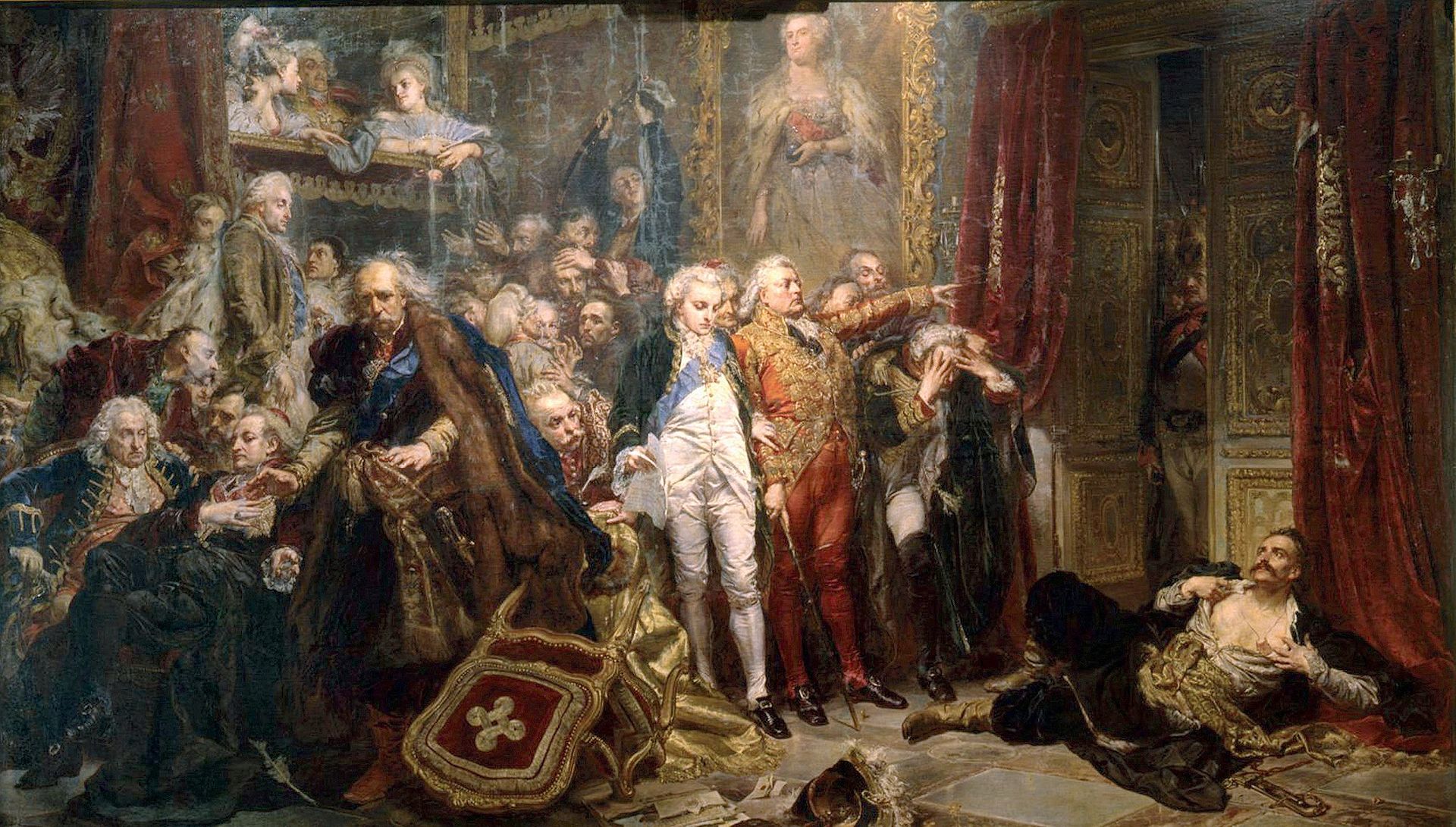 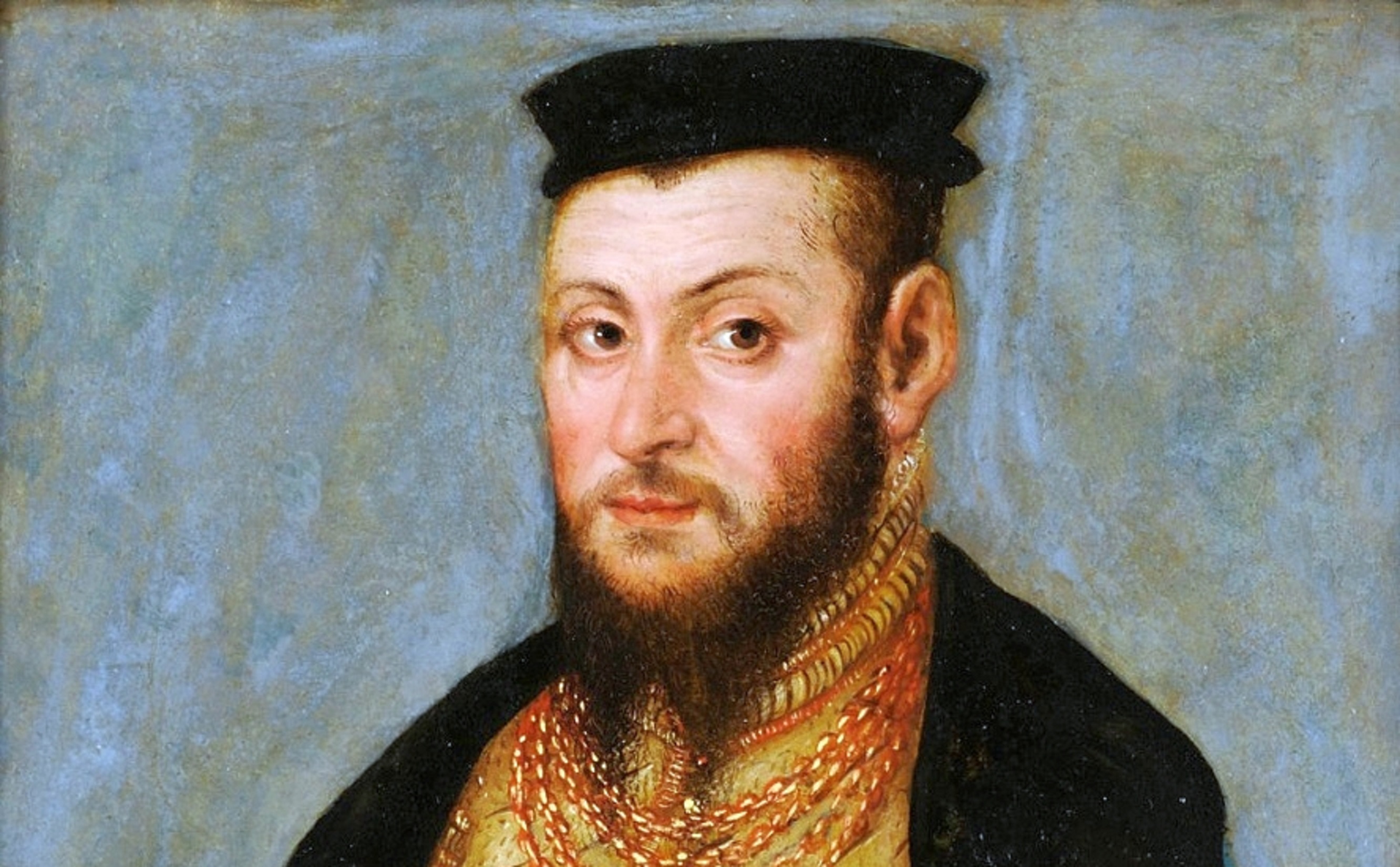 Sigismund II Augustus: a Renaissance portrait of a melancholic man