Irena Sendler had to wait a long time for her biography to be written. Anna Bikont finally undertook this task, not only presenting the history of the colorful life and activities of Sendler, but also dealing with the many stories of the Jews who were rescued and survived the Holocaust, and showing the position of the Poles towards the extermination.

Among over 26,000 individuals awarded the Righteous Among the Nations medal, nearly 7,000 are Polish citizens, which makes them leaders in the informal ranking of countries whose inhabitants saved Jews. This fact is often emphasized on various, sometimes less illustrious, occasions when it is sought to contrast meanness or indifference against goodness and heroism. It is not enough, however, that before the outbreak of the Second World War, it was in Poland where a sizeable Jewish minority lived, but it was also on Polish lands where Germany carried out the Holocaust. In a sense, the Poles have been subjected to an extremely difficult test.

Despite many attempts, biographical lexicons, biographies and memoirs, the Righteous often remain forgotten. In the broader consciousness, there are several names, primarily Jan Karski, Zofia Kossak-Szczucka, Jan Żabiński, Tadeusz Pankiewicz, Władysław Bartoszewski and Irena Sendler. In none of these flagship cases did the history of their heroism become widely known at the end of the war. On the contrary, memory of them was recovered only years later. An important step was the publication of the monumental work Ten jest z ojczyzny mojej (“He is from my homeland”) by Władysław Bartoszewski and Zofia Lewinówna in 1967. Other significant manifestations of this process were the autobiographical stories of Antonina Żabińska entitled Ludzie i zwierzęta (“People and animals”) or Tadeusz Pankiewicz’s Apteka w getcie krakowskim (“The pharmacy in the Krakow Ghetto”).

Although Irena Sendler lived very long, for 98 years, much time passed before many people learned of her activities in the war. Also, incredibly few people wanted to disseminate her story, and she did not become a widely-known figure on the Vistula until just a few years before her death. But did we know a lot about her? As it turns out, unfortunately not much. In the prevailing understanding, Sendler was the one that saved 2,500 Jewish children from the Holocaust. The history of rescue and the description of what Sendler’s participation involved, her pre- and post-war fates, and even the dramatic occupation stories of her life, did not enter media circulation.

The heroine of Anna Bikont’s biography was born in Warsaw in 1910. She spent her childhood in Otwock near Warsaw, in the family of Janina and Stanisław Krzyżanowski. From the early years of her life, she developed a social sensitivity, as she watched the work of her father, a doctor and social worker, who willingly helped the poor Jewish community. Before the war, she joined the University of Warsaw, where she studied Polish philology. In September 1939, she was supposed to defend her Master’s thesis, but it was foiled by the outbreak of the Second World War.

The most important period of Sendler’s life was undoubtedly the time of the German occupation. At that time, she worked at the Social Welfare Department of the Municipal Government in Warsaw. Taking advantage of the opportunities offered by her work in this institution, together with a group of colleagues, she undertook to organize help for the inhabitants of the ghetto, in which the Germans imprisoned several hundred thousand Jews. With the creation of Żegota (Council to Aid Jews) at the end of 1942, Sendler actively participated in its work.

In the following months, she became the head of the Children’s Section of Żegota. Since she had a pass to the ghetto, she took the risk of moving children to the so-called “Aryan side”, where they were taken to places where they had a chance to survive. The scale of the undertaking was enormous, because about two and a half thousand children were saved. Bikont writes about a certain myth that Sendler was involved in every case of a saved life. A large group of people cooperated with “Jolanta” (Sendler’s underground pseudonym), as well as care organizations operating in the ghetto such as CENTOS (The National Society for the Care of Orphans). The nuns running orphanages in Warsaw and surrounding towns came to help on the Aryan side. In this network of contacts between persons and institutions, Irena Sendler was an irreplaceable figure, as she was the only one who knew the addresses of the children who were being rescued.

In 1943, Sendler was arrested by the Gestapo. This was probably due to a denunciation made to the Germans by a Polish neighbor of “Jolanta”. Sendler was then sentenced to execution. She avoided death thanks to Żegota bribing the Gestapo man who was to carry out the sentence. When she was released, she returned to her work in Żegota under an assumed name and new address.

In the post-war period, her dedication was finally appreciated. In 1965, she received undoubtedly the most important distinction, the Medal of the Righteous Among the Nations. In Poland, however, her merits were recognized much later. It was not until 2003 that the President of the Republic of Poland, Aleksander Kwaśniewski, granted her the highest state decoration, the Order of the White Eagle. In the last years of her life, she was nominated for the Nobel Peace Prize.

Bikont’s book is multi-layered and multifaceted. On the one hand, we have a biographical story about Irena Sendler, where the author carefully explores the familiar information about the heroine, including her autobiographical statements. I have already mentioned the number functioning in the literature of 2,500 Jewish children who were saved. Anna Bikont proves that such an accomplishment was impossible. But at the same time, the reader of the book will learn how many people were involved in each individual case of survival. Therefore, we cannot precisely say how many children were saved, but we know the enormous scale of the heroism of Sendler and her colleagues.

It is precisely to these nameless colleagues of the Righteous Sendler that a lot of space is devoted on the pages of this story. There is a long list of names, often women, often forgotten, but no less interesting, deserving of remembrance as much as Sendler. One such person was Maria Palester, also a Righteous Among the Nations, who contributed to Sendler avoiding being shot in 1943. In turn, Jadwiga Sałek-Deneko did not survive the war. As a result of a denunciation in 1944, she was shot together with a group of Jews who were hiding at her home. One can also see that many people involved in saving Jewish children, with Sendler at the head, were associated with the Polish Socialist Party, placing their beliefs firmly on the political left, and also the Polish Workers’ Party.

After reading Bikont’s book, the reader may have the impression that they had not known much about Irena Sendler before. The author has confronted this life story, which so far consisted of many legends and insinuations. At the same time, however, she showed what the activities of both “Jolanta” and her associates consisted of, as well as the structures within which they worked. This book allows you to understand what the price of heroism and nobility were during the Second World War. Finally, the author’s interpretative effort must be recognized: she avoids easy evaluations, does not look for excuses and does not try to accuse. Instead, she searches for the truth and tries to understand dramas that seem impossible to comprehend.

These interpretations can be received differently by readers. Shortly after the publication of the book, there were also critical voices about Bikont’s work style. The first thing is the question of the number of children saved by Irena Sendler, which she herself gave in numerous reports: 2,500. In my view, Bikont writes about this subject very tactfully, in fact not taking away any of Sendler’s merits. Secondly, there is an opinion that the author writes the story of her heroine into the contemporary political context. This accusation also seems to be irrelevant. Today, it is difficult to discuss the political sympathies of Sendler who died ten years ago. On the other hand, her world of values was not hidden by her, on the contrary, she repeatedly gave it expression.

Regardless of the discussion that this title has caused, it is hard to deny that we have received not only a valuable biography, but also an important book about memory: about how the rescuers and the rescued coped with the past. Anna Bikont reviewed numerous documents and reports about Irena Sendler as well as those who survived thanks to her, from both the distant past and more recent years. She conducted a series of interviews with people who touched this story. Thanks to this, in terms of documentation, we are dealing with a book worthy of attention. 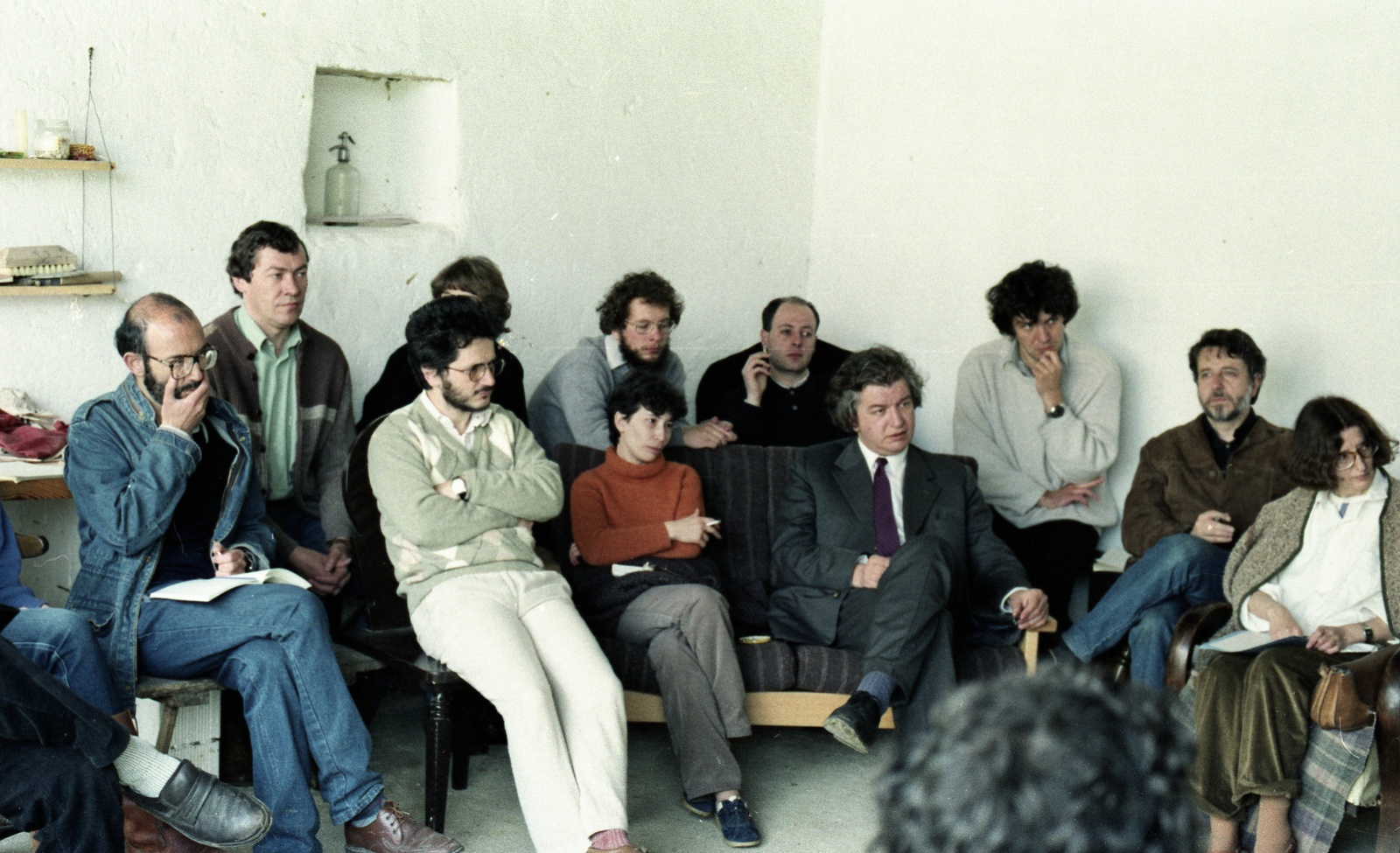