Although the Polish literary language began to develop much earlier, it is Mikołaj Rej who is considered ‘Poland’s Dante’ as the father of national literature and the creator of an original Polish style. Mikołaj Rej, the Renaissance writer, poet, and translator, was born in Żurawno in Red Ruthenia [eastern Galicia] exactly 515 years ago – on 4 February 1505.

What literary language did he develop? Ignacy Chrzanowski, an outstanding historian of literature, noted in 1905 that Rej’s way of writing was ‘sometimes incorrect, with complex sentences constructed with difficulty, vibrant, with a characteristic spiritual form, strongly marked by the author’s individuality […] often coarse, sometimes even very rough, but also extremely vivid’. There also existed a long-standing harmful stereotype among researchers that saw Rej depicted as a ‘simpleton’ compared with the sophisticated humanist and other great 16th Century poet, Jan Kochanowski. However, despite writing in plain language, eagerly using bad words, dirty anecdotes and strong jokes, Rej was clearly an enlightened and educated man.

Rej was the son of an illiterate nobleman from the Krakow district. After studying in Skalbmierz and Lviv, he entered the Jagiellonian University in 1518. He studied there for only one year and was later sent for a few more years to the court of Andrzej Tęczyński, the governor of the Sandomierz district. In Kraków and Sandomierz, he learnt manners and social skills, and came into contact with Renaissance humanism, enabling him to study art and literature. However, after his father died, he did not continue to pursue his education and instead took care of the family estate.

Rej actively participated in the public life of the Polish-Lithuanian Commonwealth – he was popular and social, and served as a deputy of the parliament. He also successfully governed the family estate. He founded the towns of Rejowiec and Oksza, and – in recognition of his literary merits – received land grants from both King Sigismund the Old and his successor Sigmund August. At the end of his life, he owned several villages. Although he constantly changed his places of residence, Rej never left the Polish-Lithuanian state.

One interesting aspect of his public and literary activity is his conversion to Calvinism in the 1540s. He learnt about the Reformation while staying at the court of Hetman Mikołaj Sieniawski. Rej, who opposed the privileges of the Catholic clergy, visited Calvinist synods, founded congregations and religious schools, and died before he saw his name listed in the index of forbidden books.

Rej wrote on moral and religious subjects and largely contributed to the development of a biblical-theological language, previously reserved for Latin. One of Rej’s favorite literary forms was dialogue. His works often included conversations (between people and animals) and anecdotes with a moral message. His most famous work is Krótka rozprawa między trzema osobami, Panem, Wójtem a Plebanem [A short discussion between the Lord, the Voivode and the Parish Priest] published in 1543. It is a characteristic critique of the country and a call for fundamental reforms. Among other significant works, it is also worth mentioning the drama The Life of Joseph, inspired by the Book of Genesis (1545), the poem Wizerunek własny żywota człowieka poczciwego [A self-description of the life of a decent fellow] (1558) which is sometimes compared with the works of Dante, a collection of moralizing aphorisms Zwierzyniec [Bestiary] (1562) and Zwierciadło [Mirror], summarizing his views on the world and man (1568).

Renaissance artists often used to write in two languages. However, though he knew Latin well, Rej decided to write in Polish. His fame was secured among subsequent generations of his countrymen with his famous statement: ‘Let neighbouring nations know that Poles are not geese, that they have their own language.’ This declaration on the cultural independence of the Republic of Poland and the popularisation of the national language are still considered to be an expression of the author’s intense awareness and won him a permanent place in the history of Polish literature.

In his works, Rej combined medieval moralism with Renaissance humanism and aristocratic culture. He presented a colourful and vivid image of the life of his class – its views, speech and customs. In his rich and diverse works, he referred to the achievements of antiquity and consciously tried to educate his readers. In Mirror he presented the ideal of noble life – full of harmony, closeness to nature, caring for family and property, as well as physical and spiritual activities. He pointed out that every nobleman should learn good manners and possess some knowledge, but on the other hand, he denigrated life at one’s own estate, recommending instead a career at court or as a clerk.

Rej died in 1569. Already during his lifetime he was a popular and recognized artist, and his works were often republished. Rej’s work and his colloquial style have had a strong impact on the Polish language. The father of Polish literature was recalled and celebrated by Poles again in the 19th Century thanks to Adam Mickiewicz’s lectures in Paris. 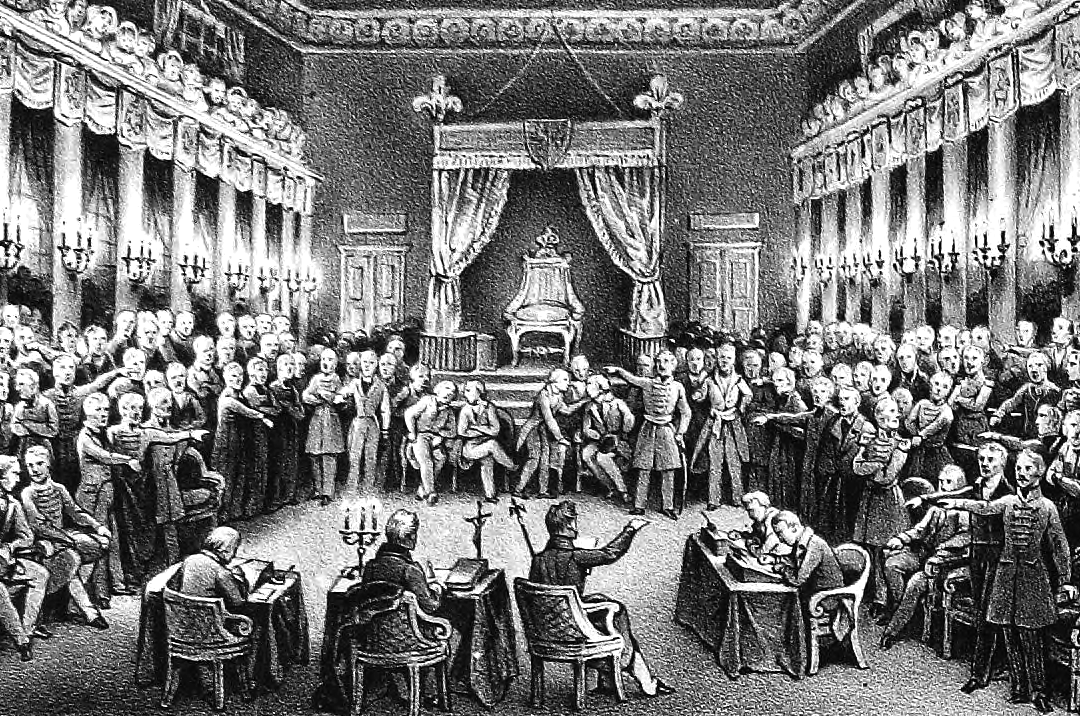 Parliamentary resolution regarding dethronement of Nicholas I

190th anniversary of proclamation of the Act

Biskupin – A discovery that shocked archeology

Review of the book by Danuta Drywa